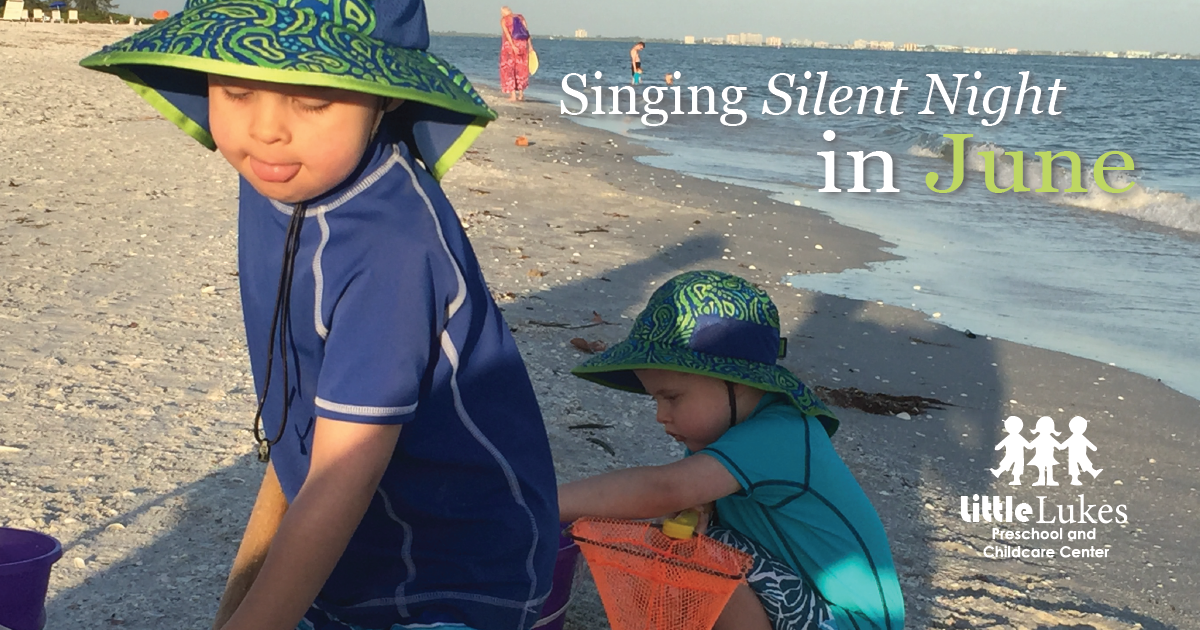 Andrew and Michael faced each other on the carpet, lost in the soft coos and chirps of one another’s baby babbling.
The 18-month-old twins’ fits of laughter and expressive gestures weren’t random combinations for onlookers to just gush over from the overwhelming cuteness. Andrew and Michael were signaling, asking and answering.
They were already communicating on a level unfamiliar to most, like how your left hand innately knows where and when your right hand will be. But Andrew and Michael didn’t quite grasp how to share their budding world just yet. Only able to say two words each and not fully comprehending others, Lorraine, their mother, saw something past the adorable interaction between the boys.

Her concern was evident but so was the sense of guilt she created. 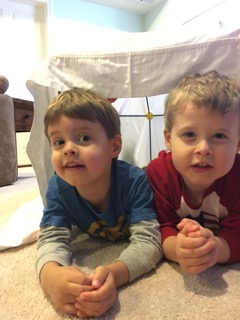 The Sound of Music

As a music teacher for 14 years, Lorraine guided a wide age range of classrooms through vocal warm-ups focusing on rhythm and note execution. Nurturing voices of hundreds of children to peak performance is one of her mastered talents. Despite positive experiences helping numerous people feel confident in their words, her sons’ voices were not as easily discernable. It was something she struggled with.

“I felt the reason they weren’t talking was on me. What had I done wrong?”

She was told not to worry. They’re boys. They’re twins. They’ll grow out of it.

Their pediatrician even echoed the same sentiments.

But her mother’s intuition guided the family to collect a second opinion from another doctor’s office.
Here, an early intervention evaluation was suggested.
Here, Lorraine made a choice.

“I had to put my own feelings aside. Once I got past myself and my own guilt, my husband and I decided to get an evaluation. It could only help, only benefit them. How could this hurt? It would only be a plus for them. So we decided to do the evaluation, which is where we found out Andrew and Michael were recommended for speech therapy.”

A Matter of Focus

A toy drum set from Christmas
A fluffy stuffed dolphin from Florida
Even the loveable household pup, Minnie Mouse
Whatever could keep the twins in the room and focused during therapy was used. It required flexibility, ingenuity and a sense of humor. It required Julia.
Julia, a speech-language pathologist for Little Lukes in Central New York, visited the twins at home for speech therapy, spending one 30-minute session with Michael each week and two 30-minute sessions with Andrew. This is a schedule they have kept for the past two years.
“Language focused early intervention treatments truly shape the foundation of a child’s life by helping them to better interact with their family, express themselves and interact successfully with their world,” said Julia.

Significant progress was made in the past 24 months through Julia’s guidance.
With an impressive vocabulary, Michael jokes around at the dinner table and talks about his day at preschool. He’s still finessing pronoun recognition but the chatter and energy to learn are there. Enough so, that Michael recently completed his final day of therapy.
Andrew has come a long way as well. Visual, mirroring mechanisms have given him the push to formulate strong sentences with enthusiasm. He’s chipping away at the pronunciation frontal sounds and words, which are goals they hope to reach in therapy.
“Thinking back to the time where I was struggling with the decision to have the twins evaluated or not, I’m glad I eventually recognized, this isn’t about my guilt. It’s about my kids. It doesn’t hurt. I wish more parents realized that.”

Time spent with Julia is eagerly anticipated. Upon hearing they’ll be seeing her that day, the twins rush to the door and wait just to wave to her.

“Oh goodness. It’s Julia. That’s what changed our lives. I have all positive things to say. As high as I can possibly rate this experience, I would. When we end speech, the entire family is going to be affected by it. Twins are a whole different dynamic and she adapted to their needs. She is amazing.”

A Song for You

A family heirloom has now been passed from mother to sons in part to speech therapy; a love for song, for music.
The twins find a calming effect in music, especially Michael who can be found singing morning, noon and night with confidence in the car, during breakfast and while playing outside.
The family has even fallen into the routine of sharing a bedtime song. It was “Happy birthday” for quite some time until Michael whispered, “Mommy, sing your special song.” He was referencing back to December when Lorraine sang “Silent Night” at church.

So as a family, they gather around to sing together before sweetly slipping away into sleep for the evening.

And although it’s not Christmas anymore, all is calm and all is bright.