Championing For Her Child 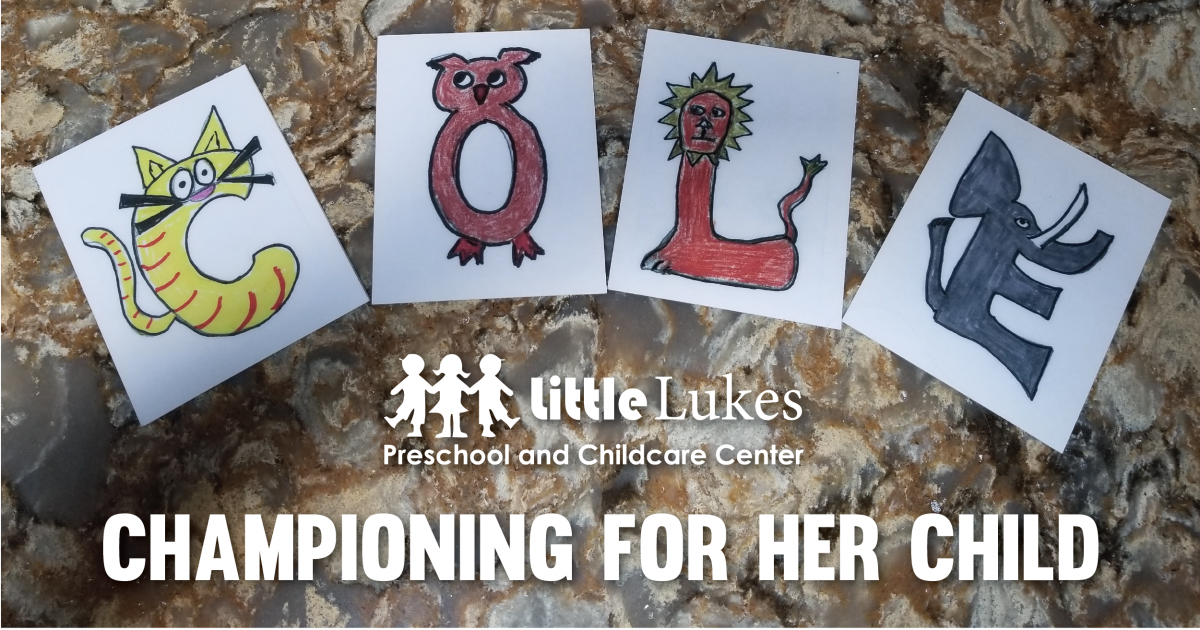 Only a few months after making his grand debut, baby Cole, in monumental fashion, rolled over.

He was checking off developmental progress boxes with ease, even a touch ahead of his older brother.

“And then when 6 months hit, everything kind of came to a screeching halt,” said Nicole, his mother.

Cole wasn’t attempting to move much. He couldn’t seem to figure out how to pick up, wiggle or control his hands and legs. Nicole did not steep in her concern or pick apart her observations in quiet. Her parent intuition guided her to book the next available doctor’s appointment.

But the diagnosis Nicole received wasn’t for her son; it was for her.

“I think you just have anxiety; there’s nothing wrong here,” said the pediatrician.

The vague, blanket explanation didn't feel accurate, so Nicole reached out for another opinion.

“The new pediatrician immediately referred me to an early intervention program who then conducted an assessment to confirm Cole would benefit from physical therapy,” said Nicole.

It wasn’t long after Cole began physical therapy session that he also introduced to speech therapy.

Little Lukes children’s speech therapist Janelle started by trying to help Cole chew, figure out a motor plan and how to hold utensils. After watching Cole eat, she discovered his right side was weaker than his left side and as a result, his bite was crooked. With his parents’ permission, Janelle gently used tongue depressors to adjust Cole’s bite to correct the mouth alignment and strength of his jaw.

“Speech therapy started out with focusing on Cole’s chewing and eating and from there it became more evident that he was delayed in other areas, so we got more and more intense with it,” said Nicole.

Cole continued to show waves of growth through the encouragement and instruction of his Little Lukes physical therapist, speech therapist and occupational therapist.

“We were fortunate to have really, really good therapists and they pointed things out to us that we didn’t realize, and we’re like, ‘Yes, that makes sense now. This is exactly what’s going on. And now we know a little bit about why certain things are happening.’ We aren’t crazy. Something is going on with our son.”

But it wasn’t until Cole turned 4 that they understood the full “why”.

Because Cole didn’t fit any of the typical childhood issues, doctors couldn’t pinpoint the cause of his delays. Last summer he went to the Gebbie Speech, Language and Hearing Clinic at Syracuse University for a deep analysis of his cognitive development. Here, experts confirmed an apraxia diagnosis, which affects speech and motor planning. In addition to this diagnosis, a MRI scan was conducted. From the MRI results, his family’s pediatric specialist verified Cole has Agenesis of the Corpus Collosum (ACC). ACC affects 1 in 3,000 children and occurs when the communicative bridge of neural connections between the left side of the brain and the right side of the brain is absent.

The Little Lukes therapist Samantha attended Syracuse University and personally knew the doctor at the Gebbie Clinic who assessed Cole. The two connected to come up with a more individualized plan.

“Samantha went above and beyond to help Cole,” said Nicole. “She kept adjusting the program as Cole responded and met goals. Really, all of our therapists were so phenomenal.”

On The Same Page

Attempting to identify the natural way Cole best collects and retains information, Nicole and her three Little Lukes therapists all sat down, brought their textbooks, printouts and compared notes on what they found about ACC to talk about consistency, binary choices and crossing the midline.

Despite limited research, the team synchronized a plan based off of their findings and what previously worked for Cole. What the group already had in place wasn’t far off from the research they collected. Their system focused on repetition, even down to the finer details of the lessons.

“He was crazy about Paw Patrol and Curious George for a while,” said Nicole. “He learned his colors through Paw Patrol characters through visualization. We all used the same characters so that we were all on the same page to really keep him engaged and not confuse him.”

As Cole's interests expand, his therapies grow with them. Inspector Gadget and the Rescue Bots are now commonly used during pediatric speech therapy, occupational therapy and physical therapy to keep him engaged.

“The amount of time and energy all of the Little Lukes therapists gave to help Cole over the years is just so incredibly wonderful,” said Nicole. “But now that he’s transferring from Little Lukes Preschool to a new school district to start kindergarten, I’m nervous about losing the momentum we’ve gained as he heads to elementary school.”

Fully invested in Cole’s journey and ready to help alleviate concern and stress, his Little Lukes therapists have connected with the new school’s therapist to ensure a smooth transition. The N.Y. children’s therapy team has even attended all of Cole’s IEP (Individualized Education Program) planning and transitional meetings. This unwavering support that led to tremendous growth and benefits for Cole all began when Nicole trusted her intuition.

“It’s difficult to be an advocate for your child,” said Nicole. “There are parents who are afraid or not as confident when a doctor tells them that it is the way it is. Parents may become nervous to question the expert. But being that close up every day, you can tell what is and isn’t working for your child. You need to take confidence in that.”

Do you have concerns that a child you know or your own child may be struggling with a development delay? Review this easy referral document to understand how to easily proceed with an early intervention assessment.

Early Intervention is a program developed for children from birth to 3 years old. Visit littlelukes.com for details.